Fortunately it wasn’t busy at work yesterday, so my accomodating colleague let me go to the Tower in the afternoon.

I didn’t do anymore work on the other canvases, only on the piece which was more literal in its depiction of the rape.

This painting, true to my process, is becoming something that I am working things out with. It is not in its present state a painting I would want to exhibit, but it is however a painting in which I can work through some pictorial painterly issues and also the ideas and symbols that are in my mind.

I used white spirit again as I was worried the odour free turps were making the pigments of the paints seperate more in the stains.

However the fumes became far too intense, and some visitors had to leave because the fumes affected them.

I have been quite secretive about this painting, I almost feel ashamed to be painting it, to be exposing the chaste and virtuous Non in this crude depiction rape.

I have no sympathies for the King of ceredigions modesty, only for her.

I put some more stains on the rectangular canvas I am working on too and then packed up to go home, it was just too intoxicating to work in the space.

What a great reception I got from the really helpful librarians.

They let me photograph some books and one even offered me to read in her home as she had some of the books I was looking for in her own collection.

I found myself feeling so ashamed of painting St Non in her most vulnerable moment, and wanting to protect her modesty. I was told she is also the Patron Saint of Abused wome; victims of rape or domestic abuse.

I felt a little bit moved.

Before I was angry that even the earth had conspired to enable the rape and subsequent conception of St David.

In the space of the Cathedral and with women who have clearly studied hagiographies of the Saints, and knew much on the cult of St Non and St David in Breton, I felt humbled and moved.

I am not sure how the current painting will evolve. There is a beligerence about me that will keep thrashing at it until I think it is working, but also the knowledge that my time on this residency is ticking away and I have many canvases to be working on. I will not be in the tower again until Thursday 19th September. 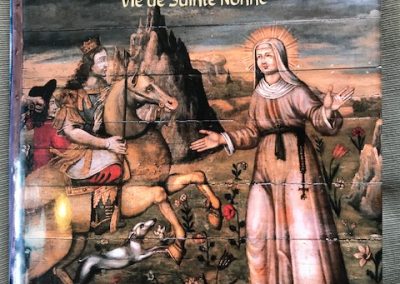 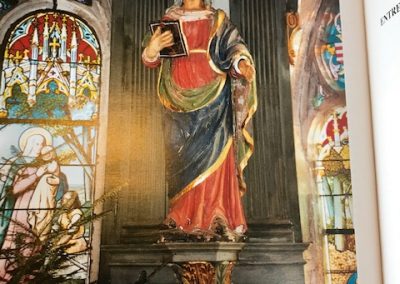 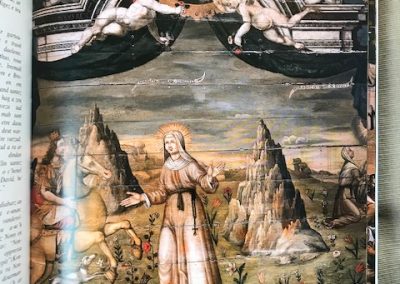 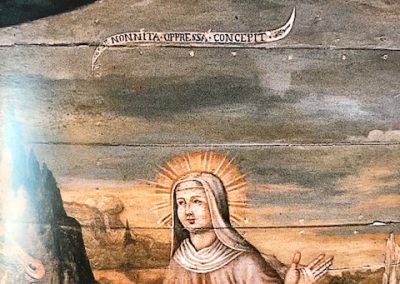 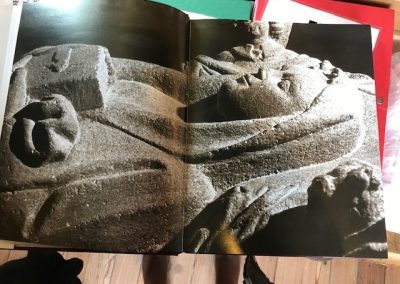 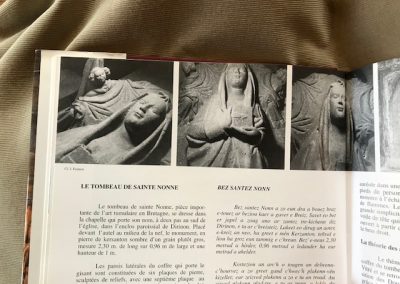 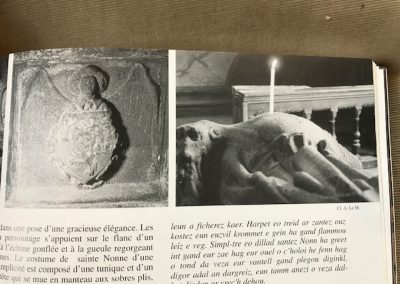 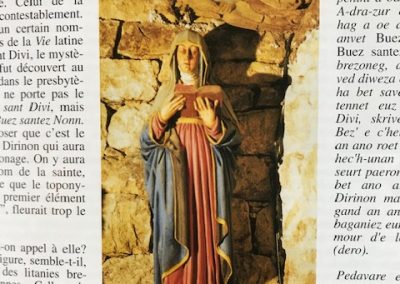 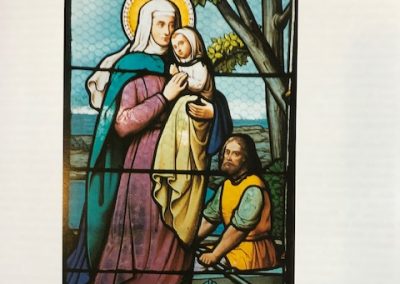 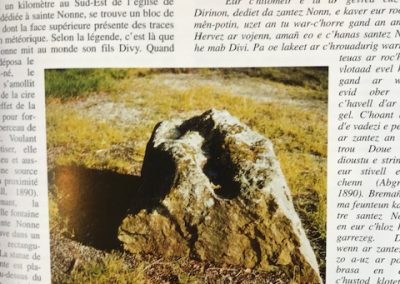 The Stone that cracked 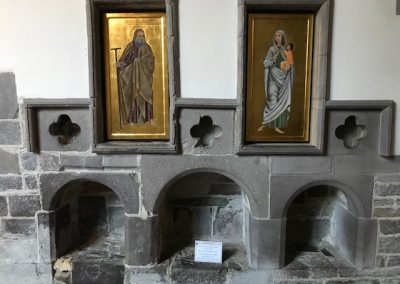 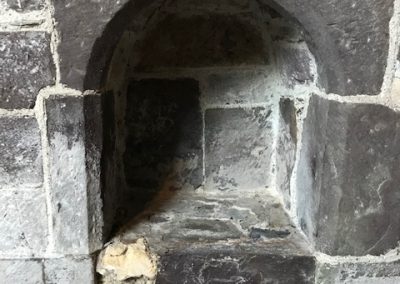 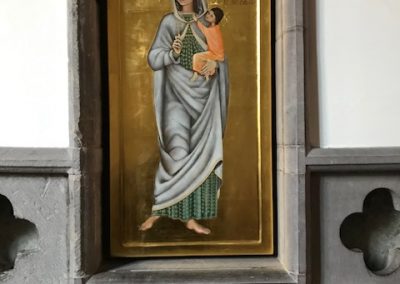 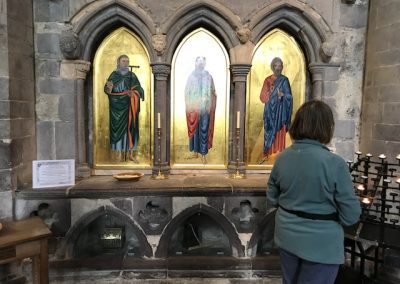 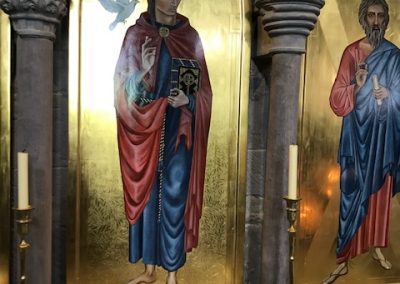 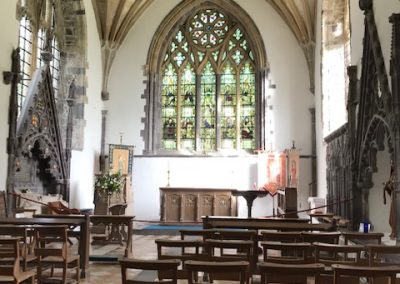 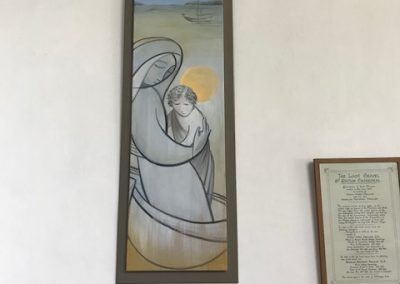