Life has taken me through some unexpected turns these last few months.

Since my last post I have finished ‘Homage to Pelican Island’ and ‘The Watery Edge’ and also finished a few more smaller paintings which are all now to be seen in the gallery. 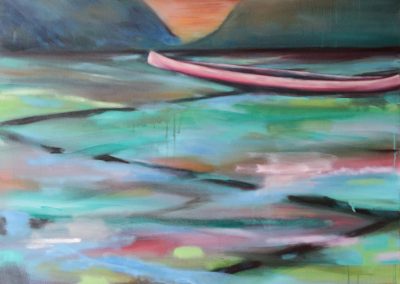 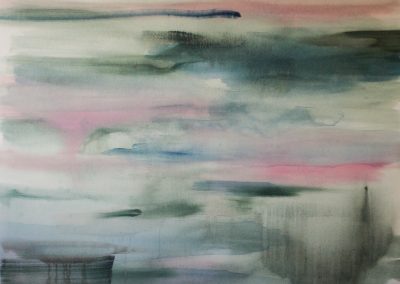 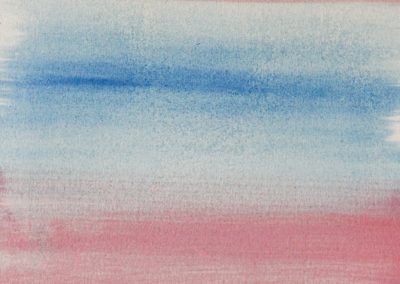 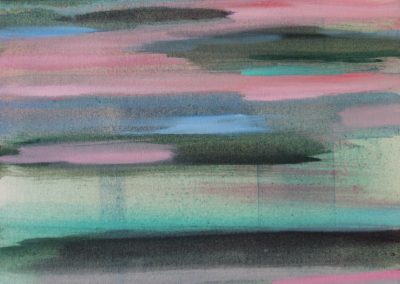 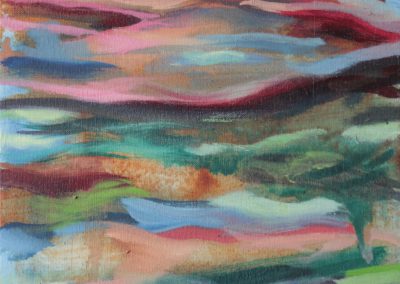 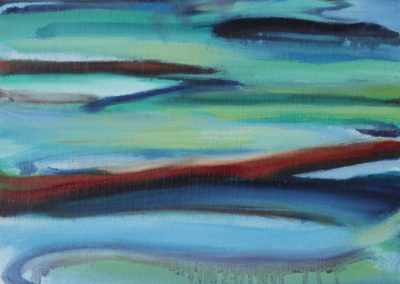 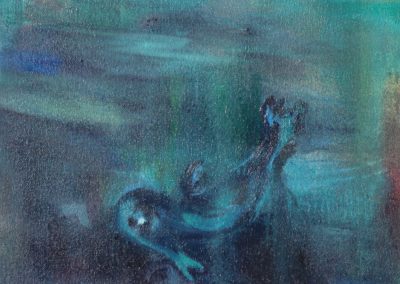 2017 has brought with her big changes to my personal life, and with that, a new motif.

At this point in my creative process, I am looking at the transition between life and death.

To those who know they have a terminal diagnosis, life becomes more like a waiting room, as one’s body starts to fail.  The chasm felt between those who are in full health and those whose health is waning seems insurmountable. Conversation pivots around pain relief, sleep, medication and visits from relatives.

It’s almost as if the pulse of life, particularly now at the start of spring, seems to flaunt the newness of growth and health, as those whose bodies are decaying can only taste the bitter sweet irony as hope abounds in the natural world. Life for those who know they are dying becomes a paradox in itself. 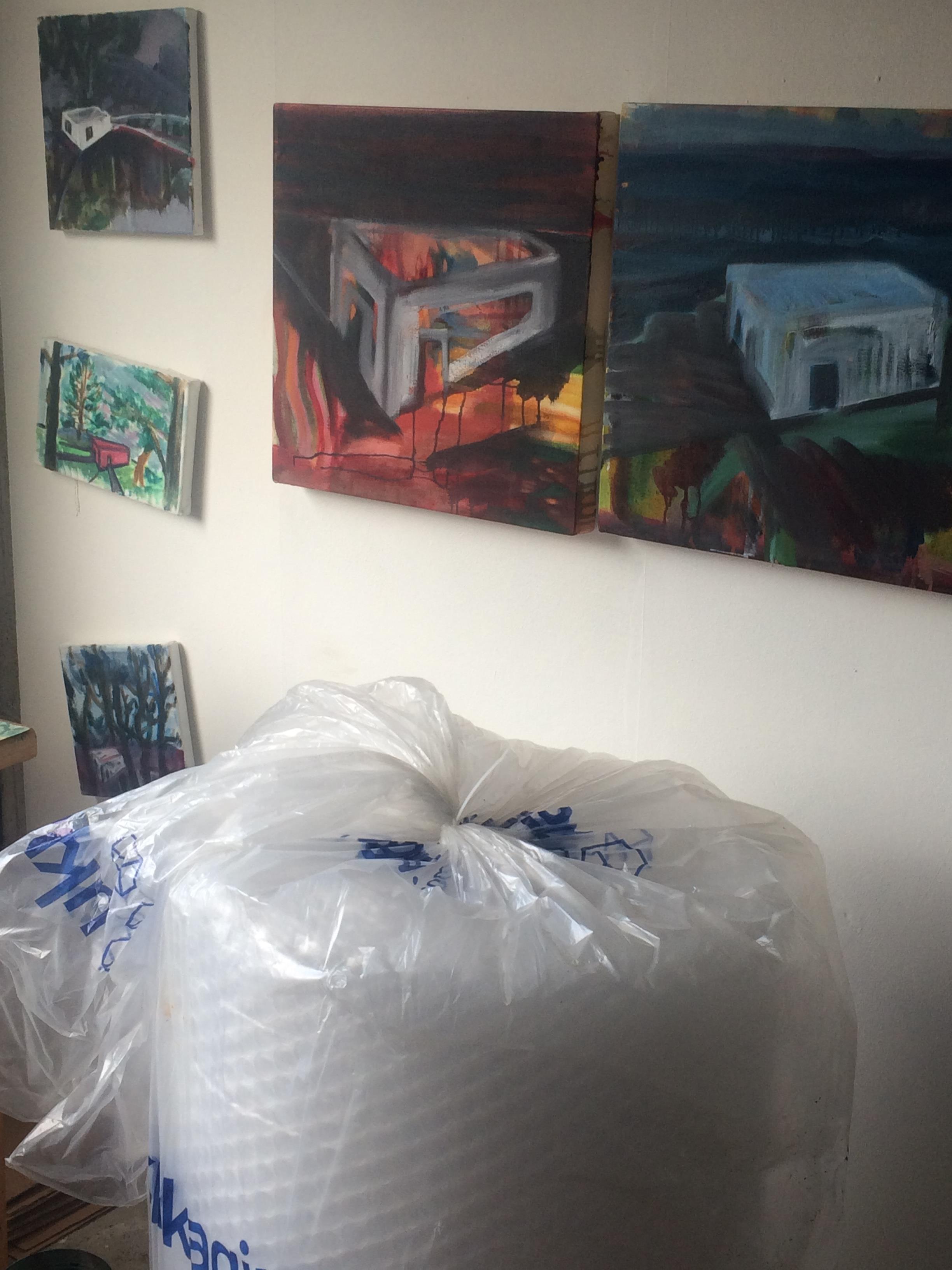 Inspired by a walk at Strumble Head three weeks ago, I found myself deeply moved by this building which I have seen hundreds of times before. Suddenly it seemed to take on a new significance for me. The next day I did nothing but paint it over canvases which had already been painted on.

This building will become a key motif in a new body of work, and these paintings are the beginnings of this exploration.

This building is known as ‘The Lookout’ for people wanting to spot cetaceans, seals and bird watchers.

Located on the cliffs near Strumble Head Lighthouse in Pembrokeshire National Park, this building was originally used in the war as a base for Royal Navy communications.

To me it epitomizes this sense of in-between and limbo.  The geometric form imposed on the blustery landscape of the sea and cliffs speaks more emotively about this intangible experience than I can find words to express. 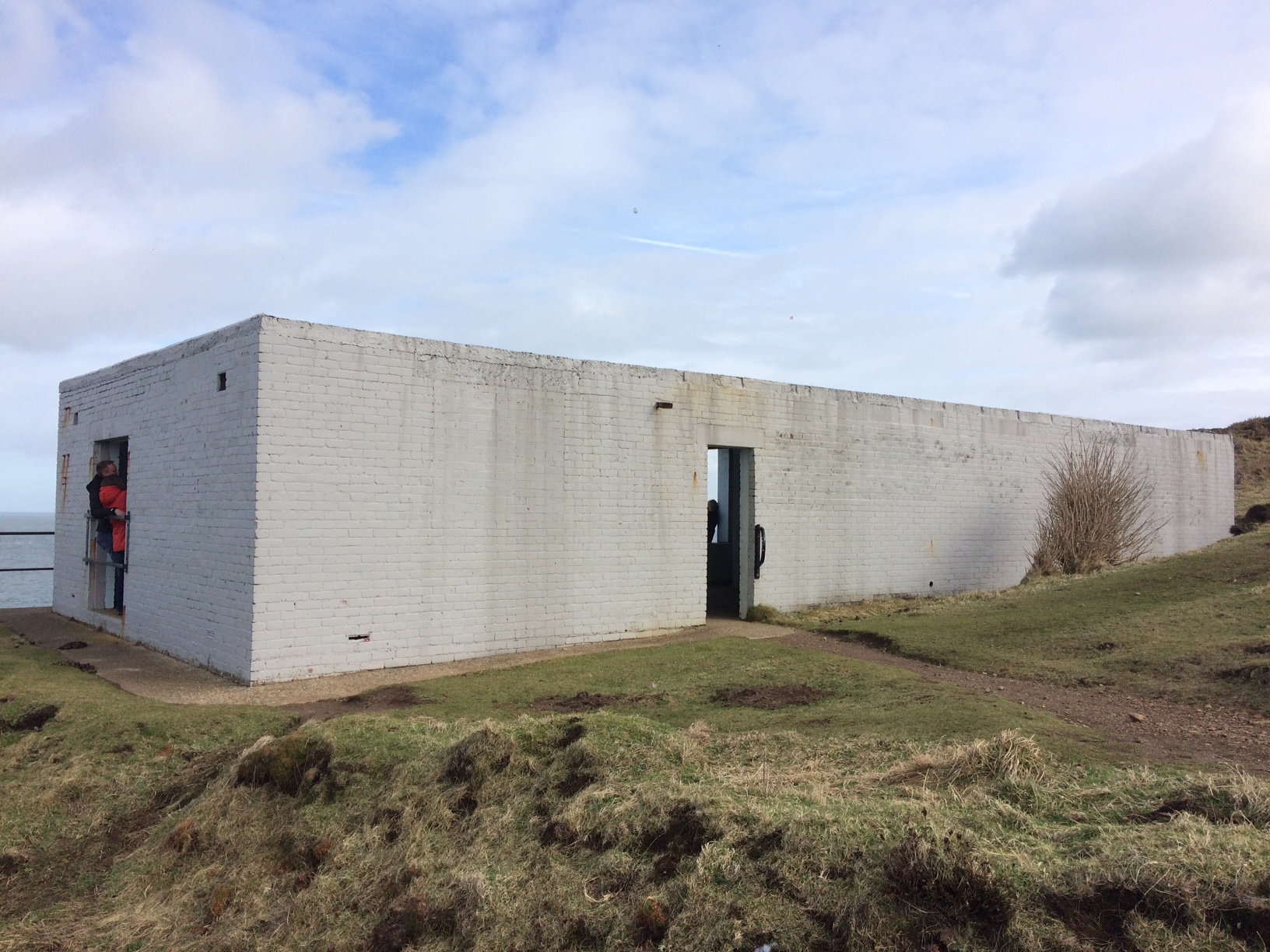